Today, Nepal has evolved into an iconic destination for mountaineering, trekking, and adventure sports. However, the same geographical diversity that gave the country its tall mountains has also given massive jungles, grasslands, and wetlands. These regions house a wide variety of rare and exotic flora and fauna species that might give the Savannah a run for its money. Here we have presented out list of top five national parks to visit in Nepal.

Chitwan National Park is amongst the country’s most popular and frequented ones. Located in the Terai lowlands of Southern Nepal, this national park is spread over an area of 952 square kilometers. The forests of Chitwan NP are home to an extraordinary number of flora and fauna species. There is a whole plethora of things you can do at this place. For instance, you can explore the jungle on an elephant’s back, from a jeep, and even on foot! During these exploration tour, you can have sighting of endangered species like Royal Bengal Tiger and One-horned rhino. You can also go boating or canoeing in rivers inhabited by marsh mugger crocodiles, visit the elephant breeding center, embark on a bird watching tour, and explore the indigenous culture of the Tharu people. The list just goes on. 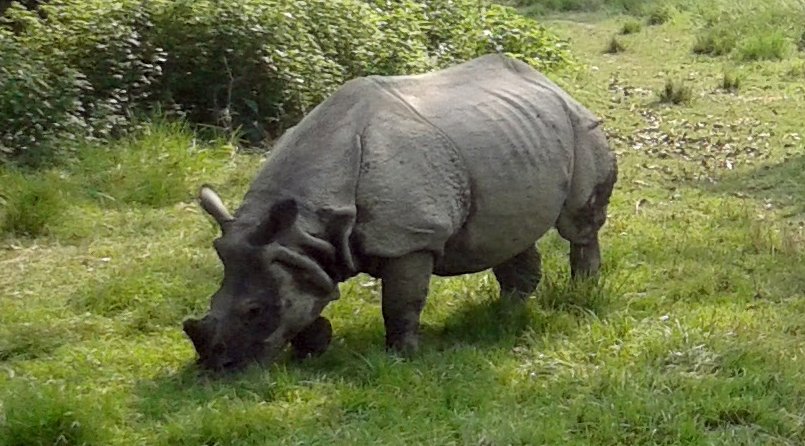 Bardia National Park is located in the eastern bank of Karnali in the Bardia district of Terai. Spread over an area of 968 square kilometers, it is the largest in the Terai region. Since it is very less visited, if you are looking for a quiet adventure in the wilderness of Terai jungles, this is perfect for you. On top of that, you can even combine it with a thrilling white-water river rafting experience among dolphons and gharial crocodiles in the country’s longest river, Karnali. Covered lushly with Savannah forests, Sal forests and grassland, this park is home to exotic species like blackbuck, marsh mugger crocodile, sarus crane, swamp deer and so on. During the jungle safari, you can witness a number of rare animals and birds among the park’s 30 mammal species and 250 bird species.

Situated in Mugu and Jumla districts, Rara National Park is the remotest and most far-flung national park in the country. Spread over an area of just 106 square kilometers, it is the smallest too. While the main attraction of this park is the spectacular Rara Lake, it also houses a great number of rare alpine flora and fauna species too. For instance, it is reported that there are more than one thousand flora varieties inside this small park. Moreover, it is also home to 241 recorded species of birds, 51 species of mammals, and two reptiles. Unlike the aforementioned two parks, you can’t go on an elephant safari here, but you can explore the wilderness on foot or from a jeep. The vegetation here is dominated by alpine coniferous jungles. Thus, trekking through those dense forests of rhododendrons, juniper, oak, and pine will surely be an enchanting experience.

Spread over Nuwakot, Sindhupalchowk, and Rasuwa districts of central Nepal, Langtang National Park is the first Himalayan national park in the country. The park is spread over an area of 1,710 square kilometers, and its highest elevation point is 6,540m. It also boasts of a spectacular variation in its ecosystem. There are over 14 vegetation types in 18 ecosystems, spanning from upper tropical forests at 1,000 meters to mountainous scrub and perennial ice at 5,000 meters. Here, you can have sighting of some of the rarest Himalayan animals like red panda, snow leopards, giant falcons, ghorals, during the visiting of national parks in Nepal.. In addition to the diverse wildlife, the region also houses number of icy lakes and glaciers. Lastly, another main highlight is that you can have closeup views of central mountains like Dorje Lakpa (6990m),Gang Chhenpo (6,388m), and Langtang Lirung (7,246m) among others.

Sagarmatha National Park in the northeastern Nepal is home to the highest peak on the earth – Mt. Everest. Encompassing an area of 1,148 square kilometers in the Solukhumbu district of Nepal, it’s elevation ranges from 2,845 meters to 8,948 meters. A large part of this national park is full of rugged terrain with deep gorges, huge rocks, and glaciers. In addition to being the home to the tallest peaks of the world, it also houses a great variety of wildlife and over 118 species of bird including crimson-horned and the impeyan. While traversing through the forests densely populated by fir, juniper, rhododendron, and birch trees, you might have sighting of rare animal species like the Himalayan Thar, snow leopard, Himalayan black bear, and wolves during the visiting of national parks in Nepal.