Upon your request and interest, we can arrange Kathmandu Durbar Square Tour is the tour where you will visit the Kathmandu Square, and Asan and Indra Chowk Market of Kathmandu.Immerse yourself in the daily rhythms of life in Kathmandu during this 2-3 hour. In this Half Day Tour. you will explore the Royal Palace of Kathmandu City. Kathmandu Durbar Square is the site of the Hanuman Dhoka Palace Complex, which was the royal Nepalese residence until the 19th century and where important ceremonies, such as the coronation of the Nepalese monarch, took place.

This is a UNESCO protected world heritage site. The Durbar Square is surrounded by spectacular architecture and vividly showcases the skills of Newar artists and craftsmen over several centuries. The palace is decorated with elaborately-carved wooden windows and panels and houses the King Tribhuwan Memorial Museum and the Mahendra Museum. It is possible to visit the state rooms inside the palace. Several buildings in the Square collapsed due to a major earthquake on 25 April 2015.

Durbar square was surrounded with spectacular architecture and vividly showcases the skills of the Newar artists and craftsmen over several centuries. Time and again the temples and the palaces in the square have gone through reconstruction after being damaged by natural causes or neglect.

Presently there are less than ten quadrangles in the square. The temples are being preserved as national heritage sites and the palace is being used as a museum. Only a few parts of the palace are open for visitors and the Taleju temples are only open for people of Hindu and Buddhist faiths. At the southern end of Durbar Square is one of the most curious attractions in Nepal, the Kumari Chok.

This gilded cage contains the Raj Kumari, a girl chosen through an ancient and mystical selection process to become the human incarnation of the Hindu mother goddess, Durga. She is worshiped during religious festivals and makes public appearances at other times for a fee paid to her guards. In this tour you will also visit Swayambhunath Stupa, watches over the valley from a height of 75 m from the average level of Kathmandu. It is one of the worlds most glorious Buddhist Stupa, it is said to be 2000 years old. Visitors often call it â€œMonkey Templeâ€ for Swayambhunath Stupa.

Kathmandu Durbar Square Tour
After Breakfast, you will visit the Kathmandu Durbar square. It is a complex of palace, courtyards, and temples built between 12th and 18th centuries used to be the seat of medieval Malla Kings of Kathmandu. It also knows as Hanuman Dhoka Square. Hanuman Dhoka Palace complex consists of a huge Royal Square exposing a tremendous variety of temples dedicated to different Hindus gods and goddess. This is a UNESCO protected world heritage site. The Durbar Square is surrounded by spectacular architecture and vividly showcases the skills of Newar artists and craftsmen over several centuries. After visiting Kathmandu Durbar Square, You drive to Swayambhunath Stupa, watches over the valley from a height of 75 m from the average level of Kathmandu. It is one of the worlds most glorious Buddhist Stupa, it is said to be 2000 years old. Visitors often call it “Monkey Temple” for Swayambhunath Stupa. Your Trip gets completed after visiting Kathmandu Durbar and Swayambhunath Stupa back to the Hotel.

Best holiday destination indeed is also a dreamland for those seeking tranquility and peace into the heart of beautiful Annapurna Massif. Packed

The best holiday trekking of all, it is a dream of almost every adventure lover to trek into the heart of Annapurna 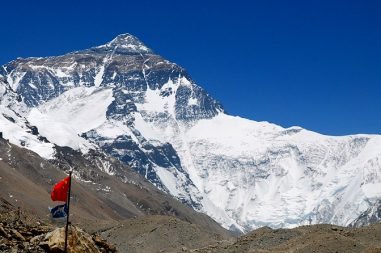 Get an aerial view of the Himalayas. They look entirely different from the views from the ground. Short compared to trekking to